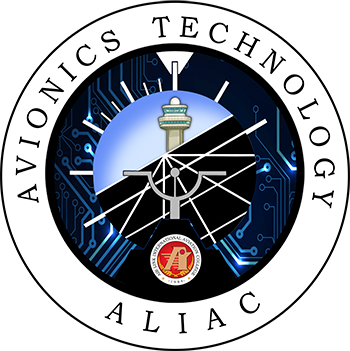 A degree program that describes the electronic equipment aboard the aircraft (known as aviation electronics) which compose of VHF, HF communication, navigational instruments such as VOR , ADF, DME, GPS, ILS and flight recorded and the airplanes electrical generating systems as well as its auto pilot systems and the airplanes weather radar system. Turbine powered commercial airplanes, commuter and corporate piston powered aircraft and spacecrafts use various forms of avionics such as vacuum & electrically operated flight instruments. Individuals gain knowledge about electronic theory and circuity, digital principles and its application, aircraft system and structures. They learn to install, test, check, repair and certify avionics equipment and systems installed in all aircraft. Students are also taught the basic electricity, radio and television. Students are also taught computer literacy which is necessary to lean the computerized system of the airplane like flight director and auto pilot systems.

ALIAC (Air Link International Aviation College) is committed to upholding the rights of individuals to data privacy. Each person shall be guided by the principles of transparency, legitimate purpose, and proportionality in processing personal data of students, parents, employees, external parties, and other stakeholders. These principles shall guide the university in the acquisition, use, and dissemination of the cited personal data.

Data subjects must be aware of the nature, purpose, and extent of the processing of his or her personal data, including the risks and safeguards involved, the identity of the personal information controller, his or her rights as a data subject, and how these can be exercised.

Personal data collected shall be processed based on declared and specified purpose, and shall not be contrary to law, morals, or public policy.

Processing of personal data shall be adequate, relevant, suitable, necessary, and not excessive in relation to the functions of the Institution. ALIAC shall adhere to all the provisions of Republic Act No. 10173, also known as the Data Privacy Act of 2012, its Implementing Rules and Regulations (IRR), relevant policies and issuances of the National Privacy Commission (NPC), and all other requirements and standards for continuous improvement and effectiveness of personal data security management system.
Go to Top